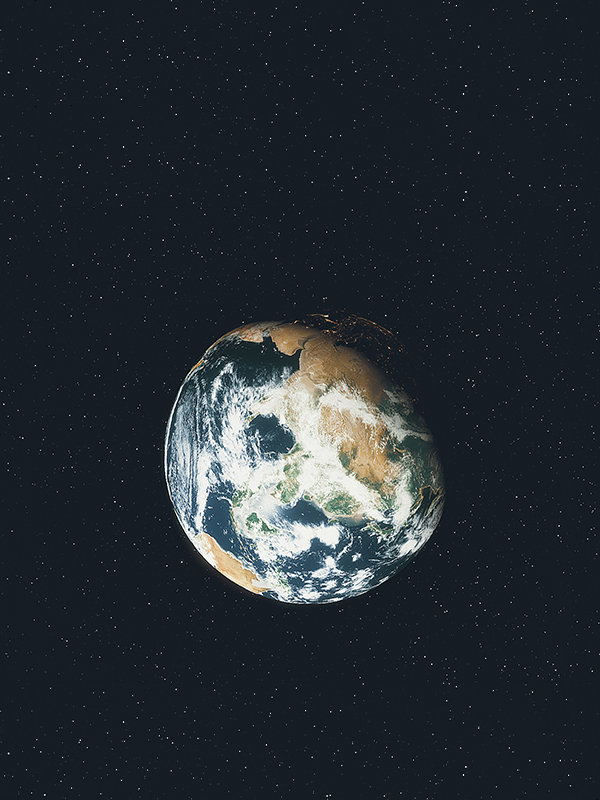 The point is that it’s possible, in fact, proven that internet-of-things technology can be used to protect the natural world.

The Dugong (or sea cow) is a real-life version of a kid’s drawing. It’s big, chunky and uneven, with little black dots for eyes and a resting smile that truly makes it look straight out of a kindergarten drawing. It’s an entirely harmless mammal, subsisting on an exclusively vegetarian diet. In fact, as it vacuums up sea grass to eat, the dugong creates a more hospitable environment for other, smaller fish. So you really couldn’t conceive of a less realistic, yet more lovable creature than this.

Unfortunately, human activity has made the dugong vulnerable to extinction. Habitat degradation and hunting have whittled the population to a few tens of thousands. The danger is not imminent, but the number of dugong in the wild has been steadily decreasing in recent years.

Typically, the way you’d monitor dugong populations is from the air–following them from helicopters. Of course, this requires quite a bit of time, manpower and, especially, money to accomplish. So in 2016, Kii Corporation–a leading cloud services vendor–trialed a better, more cost-effective solution. They designed an Android app for fishermen in Southeast Asia (where the dugong lives), beginning with a test group of 30 fishermen in the Busuanga region of the Philippines. These participants were asked to take pictures whenever they spotted a dugong, then upload the images to Kii’s central database. The images would be geotagged so that, collectively, they would provide a map of these mammals’ whereabouts over time. This is crucial data for conservationists.

There’s been little word about Kii’s dugong conservation app since 2016. But even if that project was merely a test case, it’s not unique. Other cutting-edge firms are using technology to monitor, support and even save the natural world.

The Rainforest Connection is a startup that also uses connected technologies to protect endangered species. But their primary objective is to prevent deforestation.

According to estimates, deforestation is responsible for over 15% of man-made climate change. For context, cars and trucks account for only around 14%. Isn’t that unbelievable? If we simply stopped cutting down trees, it would do more to heal our planet than would removing every single car and truck from the face of the earth.

A good deal of deforestation is legal, or even state-sanctioned. But a remarkable percentage is actually illegal–in countries such as Peru and Brazil, for example, a majority of removed rainforest occurs without sanction. That’s what drove Topher White, Rainforest Connection’s founder, to come up with a high-tech way to stop illegal loggers.

It starts with your old smartphone. Every year, Americans alone throw away over 150 million mobile phones. What would otherwise seem astoundingly wasteful, for White, was instead a trove of free tech.

You see, most tossed smartphones still function–they may not be new or flashy, but they work. White wanted to turn them into, basically, single-function IoT devices. His organization began by building a small box that you could place an old smartphone into, to protect it from bad weather. They also used recycled material to fashion mini-solar panels, which could connect to the phone to keep it operational for long periods out in the open. Finally, they strategically placed these phones around rainforests.

When the phones’ microphones pick up the unmistakable revv of a chainsaw, an alert is automatically sent to Rainforest Connection’s central, cloud-based API. The API signals an alert to authorities in the region, who can geo-locate the device and, in turn, the illegal loggers nearby.

The Rainforest Connection found a unique way to turn unused phones into internet-of-things-style listening devices. They’re a pretty scrappy effort, capable of making a modest dent in the illegal logging activities so common to beautiful, lush areas of the planet. But other connected technologies could, possibly, be marketed to wider swaths of the economy, and thereby have a wider impact on climate protection. As noted in Raconteur:
[P]recision agriculture is used to minimise the use of water, fertiliser and pesticides. The technology monitors soil minerals, temperature and moisture. This helps improve and increase yields, and minimises the use of both resources and land. IoT sensors in the soil and environment, alongside the use of algorithms, or “grow recipes”, can improve the management of farm resources.

Those of us in cities tend not to appreciate just how high-tech the farming industry is. Farmers in modernized nations already employ all kinds of technologies to improve efficiency and crop yields. Something like the DTN smart trap would fit right in.

DTN’s smart trap emits pheromones in order to attract pests, and comes with a built-in camera to count the pests as they arrive, thereby monitoring the population in the area. In fact, the camera doesn’t just recognize pests, it can distinguish between harmful and non-harmful pests. All this information travels through a transmitter, directly to an app on the farmer’s phone or computer. The farmer can then make an informed decision about where to spray pesticides, decreasing chemical usage in the field and increasing crop yields. All this means less tax on the soil.

The smart trap is just one example of DTN’s suite of connected technologies for farmers. The app that receives smart trap data also integrates with local weather data, and further tools that, frankly, are too technical for the scope of this article.

But the point here isn’t that one company is so great at using connected technology to help the environment. The point is that it’s possible–in fact, proven–that internet-of-things technology can be used to protect the natural world. It’s important, because it’s counterintuitive. We usually think of technology as the antithesis of nature. But in the past few years, small startups like Rainforest Connection and large multinationals like DTN have been proving that the power of connectivity need not exclusively apply to busy urbanites. The same power can be weaponized in the fight to save our environment. 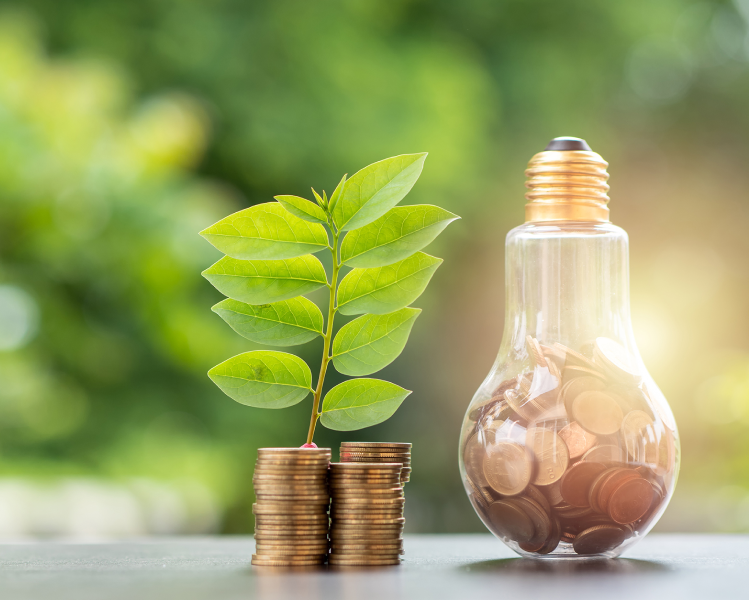 How To Save Energy At Home With Energy Saver Devices

Energy saving devices are transforming how energy is managed at homes. Learn how to save energy at home with our comprehensive guide on energy saver devices. 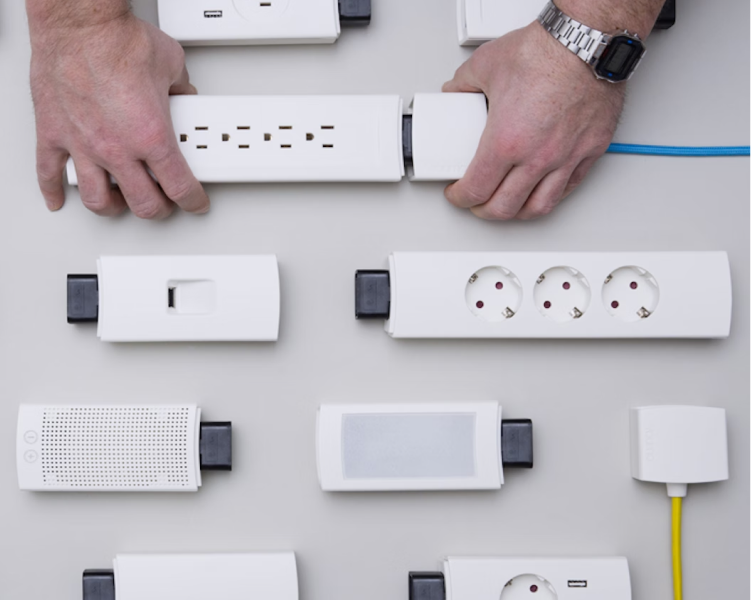 What is smart power strip? That gives you more control over the power management of different devices … 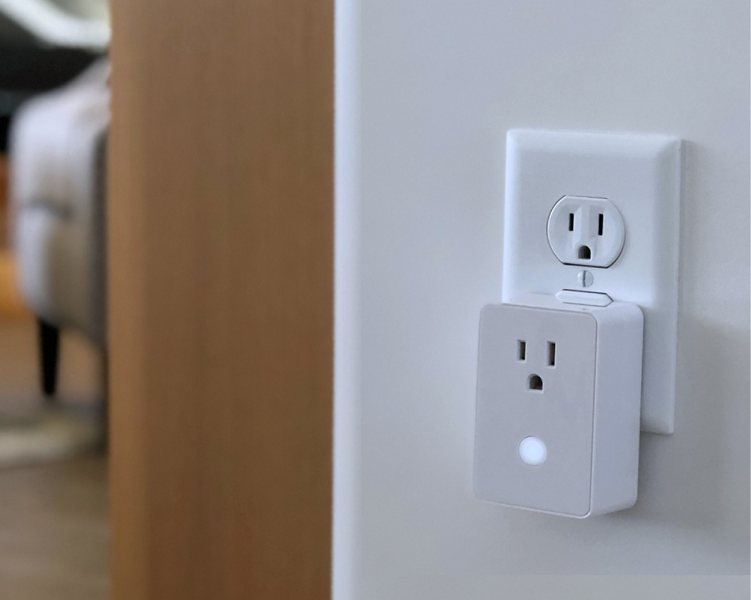