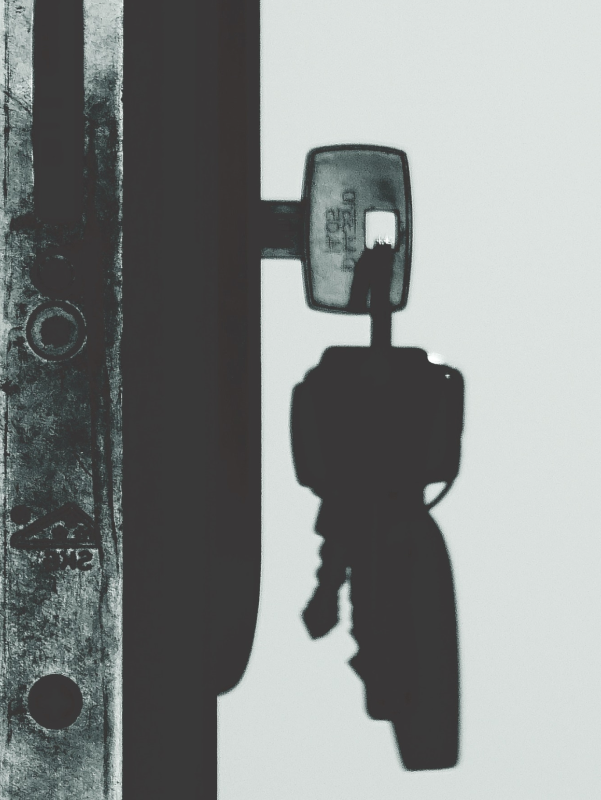 If you are in the market right now to choose the best z-wave smart lock for your place, this guide will help you "pick" the perfect lock for your needs. Read the full article here!

When you go to your front door, do you ever remember spending a few minutes looking for your keys? We've all experienced it, and it's frustrating. But you should acquire a smart lock if you're looking for simpler ways to enter and exit your house.

Through an app on your phone, these smart home appliances let you unlock doors from anywhere, and they can also open when you're close to your front door. Smart locks provide more control and efficiency but will only make your house safer. Smart locks can lock and unlock your door from anywhere and extend digital "keys" to friends, family, caretakers, or anyone else who frequently enters your home, so you never again have to drop everything in your hands to look for keys.

A smart lock needs to be able to interact both with your phone and the rest of your smart home setup. To accomplish that, most devices use three popular communication protocols—Bluetooth, Z-Wave, and WiFi, and HomeKit smart locks.

Before making a purchase, you should know the distinctions as each has advantages and disadvantages.

Brands like Schlage, Poly-Control, and others offer Z-Wave smart locks. Z-Wave locks don't establish a direct connection with your phone as Bluetooth locks do. Instead, they must join a hub that is Z-Wave compliant. You can connect to your lock from anywhere when the hub converts the lock's Z-Wave signal into something your router can recognize.

The lock must be at least that far from the hub because a Z-Wave connection ranges around 120 feet. However, additional Z-Wave devices can operate as range extenders by repeating the hub's signal and sending it farther. The Z-Wave signal has a maximum range of around 600 feet and can bounce up to four times.

The interface for some Z-Wave locks, like the Schlage Camelot Touchscreen Deadbolt ($490 at Amazon), will appear in the app of the Z-Wave hub you are using rather than having its app. You might be unhappy that your lock doesn't have specific, in-depth options, or you might be relieved that you won't need to download yet another program with another log-in. Again, this comes down to personal preference. Some smart locks offer WiFi as an optional add-on. A $79 August Connect plugs into a power outlet for August's series of locks and serves as a bridge between your WiFi network and the Bluetooth August lock. The $100 Kwikset Kevo Plus is the same. You can control your lock from any location with an Internet connection after plugging in these auxiliary devices and creating that connection.

A Wi-Fi-integrated smart lock was made available by August 2020. Experts are now advised only to install a WiFi module in a different house outlet if you are set on a certain smart lock because Schlage and Kwikset are doing away with them. However, built-in WiFi will probably use your batteries more quickly than Bluetooth, so be sure you have enough of them on hand. Factors To Make Or Break The Deal

A built-in alert on the Schlage Connect activates when a potential break-in is discovered. The only lock on this list that has this feature is this one.

One can purchase a keyless version of the Yale Assure lock. The absence of a keyhole makes it impossible for a burglar to pick the lock.

Your existing deadbolt is entirely replaced by the deadbolt replacement locks, inside and out. The retrofit smart locks August and Danalock are installed on the interior of an existing deadbolt. A passerby would not notice that you have a smart lock installed because the lock appears the same from the outside and performs the same tasks.

Neither classification applies to the Haven lock. It offers great security against a potential break-in and is an entirely new way to think about door locks.

Most energy usage for these devices will come from locking and unlocking because they all employ very low-power communication protocols. Therefore, how often you lock and release the lock will determine how long the batteries last.

While the Z Wave hub may be used to control all of these models, the Yale, August, Danalock, and Ultraloq also have Bluetooth or a WiFi bridge to enable further control through a manufacturer-supplied app.

Nowadays, the front door is secured by a Schlage Connect Z Wave smart lock. Schlage is a reputable brand in the lock market, and its connected models have been in use for many years.

It is available with numerous trims and several finishes for each trim. Many went for the Camelot trim in shiny chrome.

It also has a 3-year electronics guarantee and a limited lifetime mechanical/finish warranty.

There are three ways to open the lock: with the standard key (it comes with two), programming up to 30 access codes into the touchpad, or remotely using your Z Wave hub.

An inbuilt alarm is one special feature of the Schlage Connect lock. Each of the alarm's three modes can be separately enabled or disabled. ANSI Grade 1 is the rating for the Ultraloq U-Bolt. This indicates that the parts are suitable for a business environment. They are stronger and designed to endure longer.

The Ultraloq only has one style and two color options in terms of appearance: Satin Nickel or Black. The Yale Assure lock comes in fewer styles than other brands. There are just three finishes and one trim option available.

However, it comes with the choice of being purchased with or without the keyhole.

It takes away the opportunity for a burglar to pick the lock by doing away with the keyhole. Additionally, it makes it impossible to use a key to open it in case of battery failure. The key-free version has a slot that enables it to be charged with a 9V battery in case the batteries run out or get too weak to unlock the bolt. In that case, an access code can be used to obtain admission.

Lever lock models are available in the Yale Assure series for installations without deadbolts. Baldwin's higher price may not necessarily equate to a better lock, but the external finish is built to look fantastic from the start and endure for a very long period, making it a great option for the front door.

There must be something for everyone among Baldwin's touchscreen with Z Wave models, which come in two styles (Minneapolis and Boulder) and 17 premium finishes.

In contrast to the competition, the Baldwin locks employ Kwikset's SecureScreen technology to reduce the risk of a burglar guessing the code by observing which digits have the greatest fingerprint residue. This is accomplished by requiring you to enter your code after pressing two random digits. This sounds a little obnoxious. The increased numbers would not stop an invader skilled enough to attempt such an attack. The researchers found that a single, unidentified Z-Wave door lock manufacturer's implementation of the Z-Wave secure node association protocol had a weakness that might enable a hacker inside the network's Z-Wave range to reset the lock's user codes and unlock the door from the outside.

Compared to WiFi, Z-wave uses a lot less power. This means that battery-powered Z-wave devices can be used without worrying about changing the batteries frequently. Since Z-wave is a more closed system and can provide additional layers of security, it is also more secure.

No, Z-Wave utilizes a wireless frequency that is distinct from WiFi. Even though your smart hub will plug into your WiFi router, there won't be any interference because the hub talks with other smart devices on a different frequency.

Not a smart lock, but as secure as one! Evvr Center Lite is a smart home control system that allows your smart locks and other "intelligent" appliances to be your pet. It is customizable and convenient. Combined with Evvr App, you can control any z-wave device operating in your home. Evvr can offer you a comprehensive smart home solution whether you are an integrator, professional installer, distributor, or DIYer.  Get in touch with us and become our partner today! 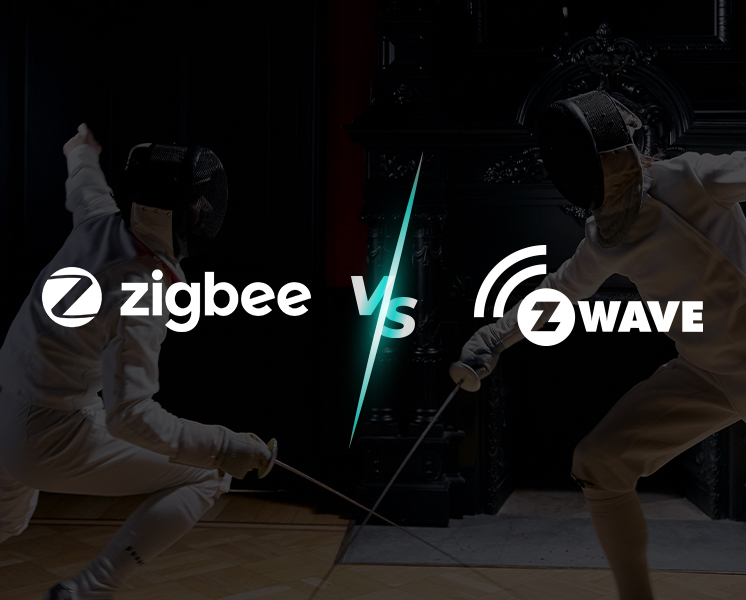 Zigbee vs Z-Wave: What’s the difference?

As you start to make decisions about what to include in your smart home, like sensor automation and which smart lights to get, it’s important to know the difference between Zigbee vs Z-wave that you’re buying. 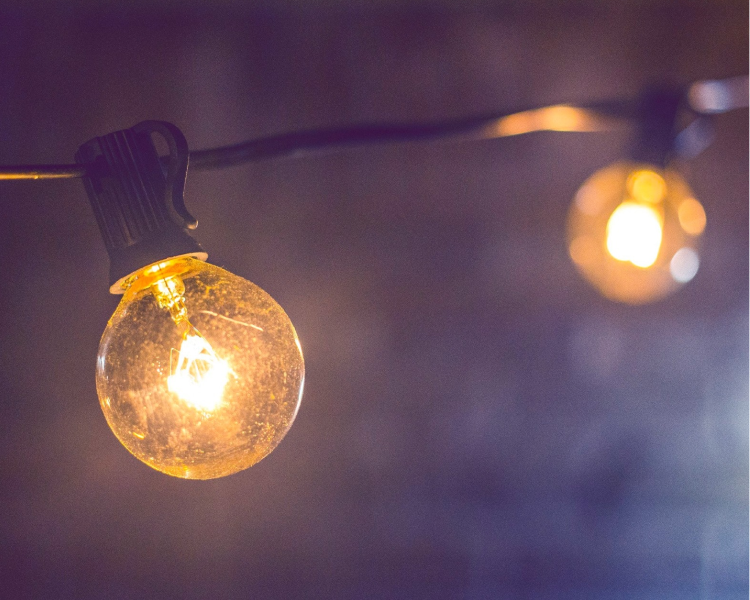 Stuck on the decision to find the best z-wave light switch for your place? This blog post will help you learn about the communication protocol and how to get the best bang for your buck! 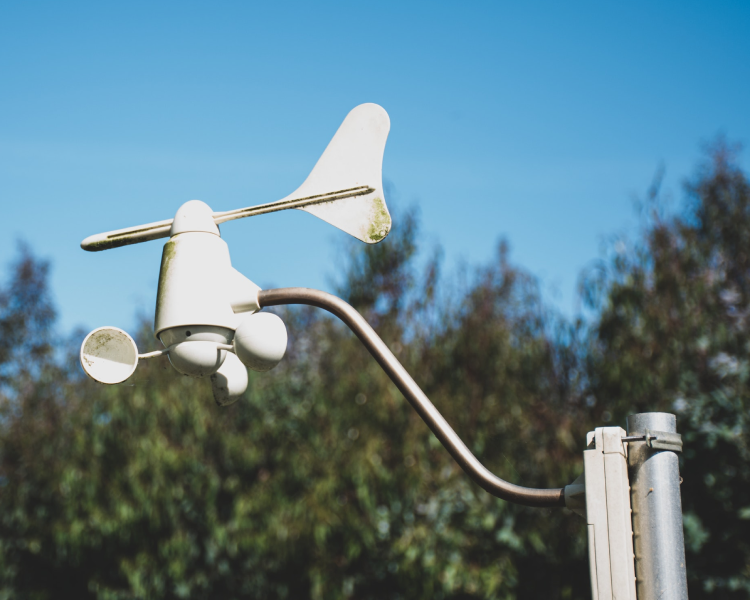