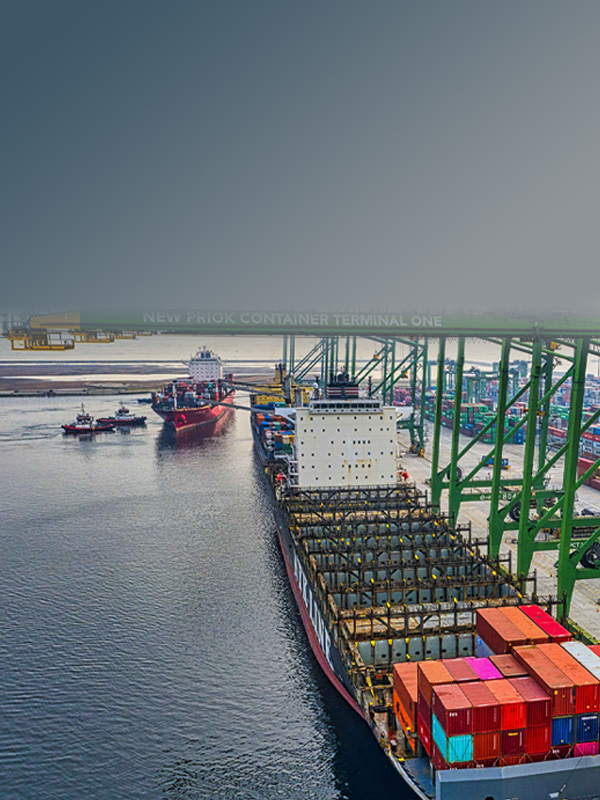 The conversation around IoT will always focus on its benefits to business. But we can rest easy knowing this technology, in contrast to almost every other technology we enjoy today, happens to help the planet.

What Happens When You “Checkout”

Buying something online is one of the simplest things you can do. You don’t even need to get dressed or brush your teeth–you go online, click “Checkout,” and that’s it. Brand new Superman pajamas. They arrive at your door a few days later.

Behind the scenes, it’s the opposite of simple. Your pajamas change hands, from the retailer that sells them to the warehouse company that holds them to the shippers that move them. They might travel a great distance by sea or air or roads or all three combined, to all kinds of places in the world you yourself will never visit. It’s a bafflingly complex and intertwined network of people and systems.

In recent years, a class of technologies has arisen to make shipping and logistics systems work better. Internet of things devices have made the process of getting your pajamas to you both more reliable and cost-efficient.

But this article will focus on a more easily overlooked byproduct of IoT-powered transport: climate impact. It turns out that, by making travel more efficient, the internet of things is reducing the tax on our planet every time you hit “Checkout.”

Let’s start at the beginning. Your pajamas are packed into a box, loaded onto a shipping container and set to sea.

Typically, ship captains use radio communications to coordinate with other captains and command centers. It helps to optimize routes and avoid collisions. But you know what does those things better than humans can? Machines.

At the extremely niche Maritime CIO Forum in Oslo, Norway, in 2015, the company MARSEC Inc. demonstrated how IoT can make shipping better. Centralized, onshore computer systems can track ships in real time, and provide dynamic route optimization. The effect is compounded when these systems are coupled with weather data, allowing ships to anticipate rough waters before actually hitting them.

Estimates from the Forum suggest that IoT-powered shipping could, along with improving delivery times, save up to 15% on fuel. (It’s worth noting that ships typically run off heavy fuel oil. In addition to being terrible for the atmosphere, it’s also toxic to wildlife).

The real sore point in shipping isn’t hauling massive shipping containers for thousands of miles. It’s taking small boxes a few miles. It’s counterintuitive at first, but logical once you understand the problem of “last mile.”

“Last mile” is a term that originated in the telecommunications industry, to describe the last bit of infrastructure that connects a wider network to a particular home. You see, you can build a system of telephone lines that spans great geographic distances, covering vast swaths of land with millions of inhabitants nearby. But connecting those lines to each individual home is the part that’s annoying and cost-ineffective. After all, you need to connect every single home individually, and you can only really go one at a time.

The logistics industry adopted “last mile” to describe something similar. Think of that ship transporting thousands upon thousands of goods across an entire ocean: it’s very efficient, because there are so many items to offset the costs of sailing. But when those items get to warehouses, and into individual delivery vans? That’s where the tricky part begins. The van is not going from one starting point to one destination like the ship; it has to stop at dozens of locations. A driver might have to drop Superman pajamas at your house, then trek to the other end of town to deliver somebody else a set of Russian nesting dolls and a toothbrush. It’s why last mile comprises 40% of all shipping costs, and is by far the most carbon-heavy portion of your pajamas’ travel route.

True last mile optimization is based on complex math. We humans aren’t capable of doing it in our heads, but sophisticated digital systems can help.

“Smart cities” are doing wonders for last mile (and travel in general).

The term refers to any number of ways that city governments and corporations collect digital data to improve citywide systems and operations. As a simple example, we can look at traffic.

If you’ve ever lived in a crowded city like L.A. or New York, you know that one wrong turn can get you stuck in a slow-moving parking lot. You want to punch your steering wheel, and think to yourself “I could walk faster than this!”

Smart cities employ traffic management, tracking the flow of congestion in order to help mitigate it. Another name for this is “mobility-as-a-service.” It sounds complicated, but it’s not–it’s what powers applications like Google Maps. That van delivering your Superman pajamas might otherwise get stuck on that busy road, but with software streaming real-time traffic data, they can instead re-route. It means you get your jammies faster, and that busy road is one car less congested than it otherwise would have been.

The best part? The more vehicles tapped into this data stream, the more efficient the city traffic becomes overall. That means less greenhouse gas emissions not just for your delivery driver, but all the other cars on the road too.

As an example of just how far IoT can take us, consider the DHL SmartTruck–a bulky, taxi-colored van packing lots of power.

The SmartTruck’s routing system incorporates all kinds of data streams, like GPS tracking and real-time traffic monitoring, which allow drivers to avoid traffic congestion. The system can also incorporate customer availability, to prevent the very common scenario where delivery requires a signature, but nobody’s home, so the driver has to come back later.

But SmartTruck’s system goes further than that. When the box with your pajamas is first loaded onto the vehicle, its sensor ID is added to the vehicle’s dynamic route optimization calculation. This algorithm doesn’t determine the most optimal route to your location, but, rather, the most optimal route to your location in relation to all other locations associated with packages in that same trunk.

Mathematically speaking, this is far more efficient than simply using Google Maps or Waze to find the shortest route to your house, then the next house, and the next. For that reason, SmartTrucks save massively on both time and fuel.

If we’re being honest, these sophisticated IoT-powered logistics systems were not created to save the planet. They were designed with efficiency and cost savings in mind. But that’s fine! Better shipping routes, less traffic, and optimized last miles save cash, but it also saves fuel. A win-win.

So yes, the conversation around IoT will always focus on its benefits to business. But we can rest easy knowing this technology, in contrast to almost every other technology we enjoy today, happens to help the planet. A happy, lucky accident. 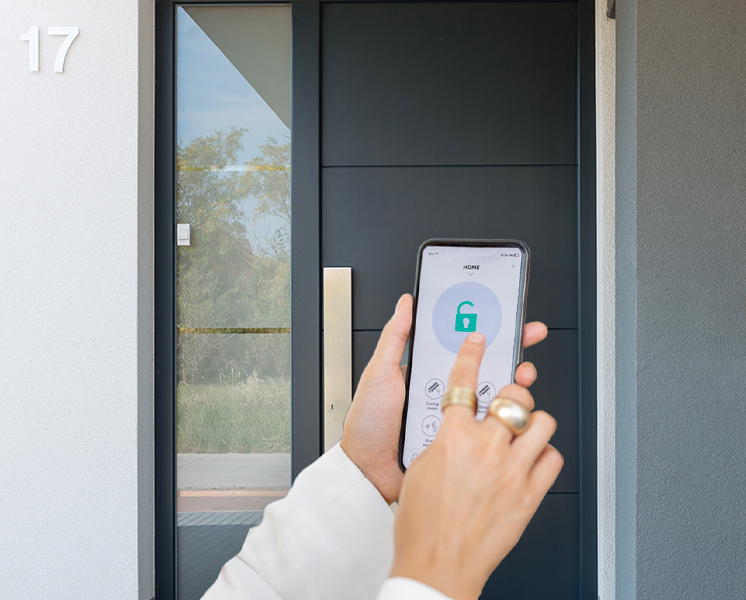 How can smart home help with your Airbnb hosting issues?

Subletting your place comes with some consequences, but smart home technology can alleviate these issues. 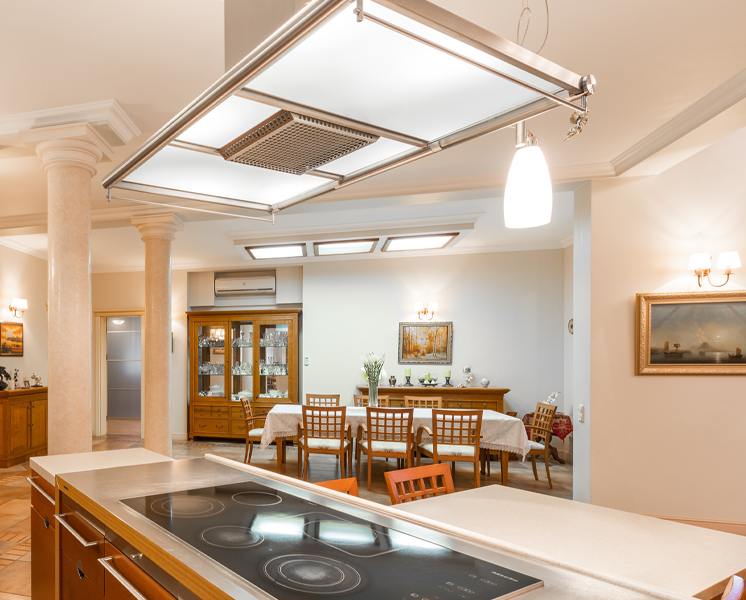 Why make the change to the Zigbee light switch UK with no neutral?

Let's take a closer look at the benefits of considering the Zigbee switch, and how it can eliminate the need for a neutral wire. 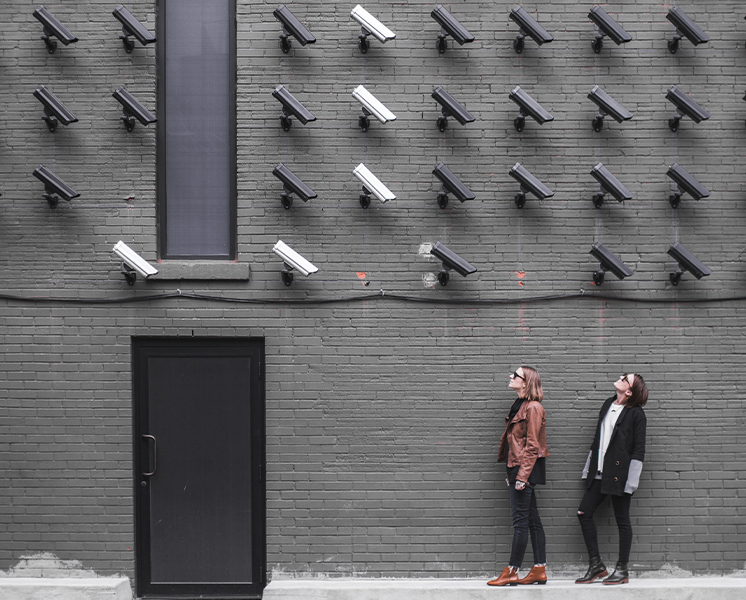 How to Protect Your Privacy from Smart Home Threats?

As smart home devices gain more popularity, so do threats that come with them. How to avoid all these threats when you do not want to miss out all the opportunities, efficiency and convenience the smart home technology is meant to bring?