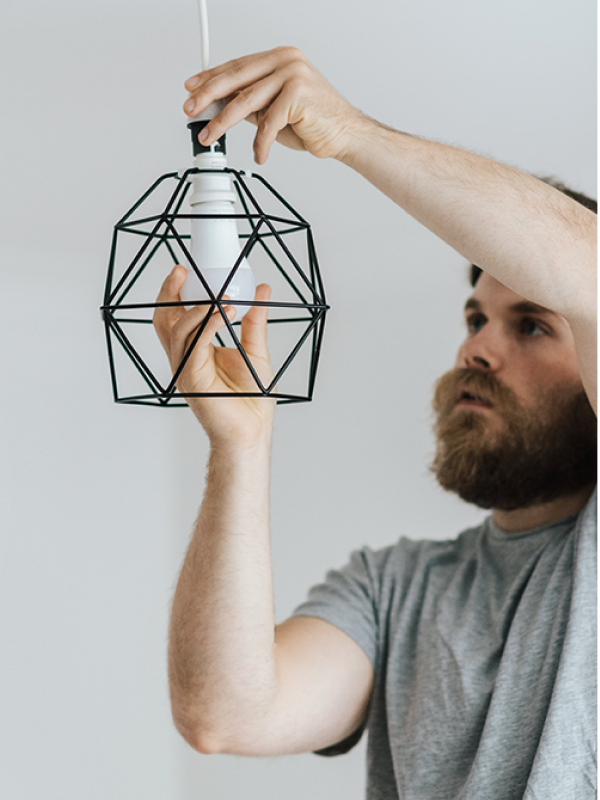 One of the best smart light switches may be the solution if your ceiling or chandelier has numerous lights and you don't want to replace them with smart bulbs.

A smart light switch or dimmer has the same appearance and functionality as a standard light switch or dimmer, but because it is cloud-connected, it is capable of much more. To begin with, you may schedule it and connect it to Alexa, Google Home, or Apple HomeKit via an app on your smartphone. Even the greatest smart light switches feature a vacation mode, which randomly turns on and off your lights to give the impression that you are home. They are among the greatest smart home devices for money savings because they can ensure that you aren't keeping your lights on, which goes beyond merely safety. You can also learn What is smart light switch and how does it work.

Evvr - In-Wall Relay Switch is a split single live wire in wall switch that is separated into two modules: Smart Relay and Smart Switch Sub-Assembly. Smart Relay employs Zigbee wireless technology and may be utilized in a variety of loads, including incandescent, halogen, LED, and fluorescent lighting. It is compact and may be fitted in a light fixture box. This gadget works with any standard Zigbee 3.0 gateway or device for remote control and interoperability.

When utilized in conjunction with the In-Wall Relay Switch, the Smart Switch Sub-Assembly is an optional component. The Smart Switch Sub-Assembly is intended to allow mechanical switch panels to operate with Zigbee network switch commands. For example, after turning off the lights with a mechanical switch panel, you may turn them back on using Zigbee network commands. Evvr can offer you a comprehensive smart home solution whether you are an integrator, professional installer, distributor, or DIYer. Get in touch with us and book a sample product today!

The GE Cync Smart Switch is the best smart light switch since it offers a multitude of features and accomplishes its job, despite not being particularly elegant or trendy. The Wi-Fi-enabled switch enables light control through touch, voice, motion, and smartphone from a distance. It is compatible with all sorts of bulbs and features iOS and Android applications.

Installation is rather straightforward, however a neutral wire is required, similar to the majority of smart switches. The switch is equipped with a motion sensor as well as an optical sensor in order to be adjusted not to switch on during the daytime. The latter feature performed flawlessly. Using the app, you may deactivate the motion sensor if you do not want it activated in the middle of the night. If you turn it off using the switch, this will activate the motion sensor some few minutes later.

The second edition of the Leviton Decora Intelligent Wi-Fi Dimmer includes a smaller toggle just on right and a discrete paddle switch , similar to the original. Nonetheless, this type simplifies installation. Leviton has designed an Anywhere Dimmer (sold separately) that permits the installation of an additional light switch without the need to connect wires. It operates using three-way switches as it did previously.

The Leviton Decora is compatible with Google Assistant, HomeKit, August, Alexa, and IFTTT, however less smart home protocols are supported than with Lutron. In addition, the geofencing feature  is indeed not available on the Leviton. It does not allow two-factor authentication, thus we do not recommend utilizing it unless it is linked to HomeKit.

Brilliant's touch-pad light switch can manage your lights in addition to other smart home gadgets like cameras, loudspeakers, and more. The panel's huge touchscreen may be used for a multitude of purposes, including monitoring security cameras and listening to music via smart speakers, among others. Using only a touch-sensitive slider on one side, the intensity of the lights may be readily changed. Brilliant offers versions with various adjustments if you have multiple light groupings.

The panel's pre-installed motion sensors may switch off and on the lights as you enter and depart a room. In addition, a small camera permits the use of several Brilliant panels as visual intercoms. Brilliant is compatible with a variety of home automation systems, including Google Assistant, HomeKit, Alexa, Ecobee, Honeywell , Ring, Philips Hue, and Genie. A single-switch Brilliant control panel costs $299 and more, which takes it to the premium side. Evvr provides also home automation controller - Evvr Pad S for you!

The Caséta series of switches from Lutron provides an extensive number of features, including geofencing, which allows your lighting to turn off or on autonomously when you depart or return back home, configuring your lights to flip on or off at specified times or dates, dimming capabilities, and connection with a broad range of smart home platforms. In addition to various other virtual assistants, such as Amazon Echo and Google Alexa, you can also operate the system with them. It is also one of the best HomeKit devices.

Lutron's smart starting kit includes an in-wall switch, a wireless remote, and a smart bridge (hub) that can also be utilized to connect and control additional Lutron devices through the cloud. The switch itself features a futuristic design, with many buttons grouped to control the numerous options Caséta gives. With this dimmer, Lutron has put utility above aesthetics: in contrast to other dimmer switches in this genre, the white and gray keys are openly shown rather than being concealed by touch-sensitive controls.

In some homes, wall switches control a socket as opposed to a light fixture, allowing you to connect a ground or table lantern and turn it off or on from the wall instead of the lamp itself. Nevertheless, if you also just use outlets for items that must be on continuously, like a transistor radio, you have to wrap the wall switch using adhesive or take another precaution to avoid accidentally turning the switch and knocking out power to each of the equipment plugged into the outlet.

The Lutron Aurora is an uncomplicated and elegant solution to this dilemma. It connects to the selector knob but links directly with Philips Hue lights, allowing you to control them with just a tap or a slider while the outlet remains powered. Although this is a unique use case that requires Philips Hue lighting, it works well. The company also manufactures a type with a paddle switch.

Philips Hue dimmable is a handy tiny device for those who have Philips Hue bulbs in their homes but do not wish to change their wall switches. This switch could be utilized as a wireless controller or as a toggle switch, with the sole exception of removing the backing from the glue on the back.

This switch is only compatible with Hue bulbs, but when it works, it is almost wonderful. Start turning on the light containing the Hue bulb as normal (even if using a standard wall switch), and it'll immediately begin operating with the Philips dimmable. There's no conflict or interruption between both the Hue Dimmer and a conventional wall switch, so don't worry. The Philips Hue bridge ($59) is necessary for the dimmer to work and is responsible for its enchantment.

The Legrand claims that it automatically identifies and calibrates with LED, CFL, halogen, incandescent, and EFL bulbs, thus the universal appellation also refers to what it is regulating. The majority of light sources should be covered by its management of up to 450W of LED and CFL or 700W of halogen and incandescent. We put it to the test with a variety of dimmable LED and incandescent light sources and discovered that it performed as promised, smoothly managing various light sources.

For those who own one of the best smart home hubs, the eccentric Jasco Enbrighten Z-Wave damper is a fantastic smart light switch. Installation is straightforward since there is no need for a neutral cable and the connectors are universal. A simple paddle switch serves both on- and off- dimming functions.

The first-generation Wemo Smart Dimmer had a stylish LED status light, solid build, and we loved how it could be lit in multiple ways using the app, including at night. This time, the dimmer does away with the large status bar LED at the bottom and instead performs the same function by using the ring surrounding its power symbol, which we think is the appropriate decision and gives it a somewhat more refined design.

In the wider market of smart tech giants, Evvr has made a significant mark with the In-Wall Relay Switch. Even though all of the discussed products are top notch given their quality, the Evvr In-Wall Relay Switch can turn out to be a bang for the buck. Evvr can offer you a comprehensive smart home solution whether you are an integrator, professional installer, distributor, or DIYer. Get in touch with us and book a sample product today! 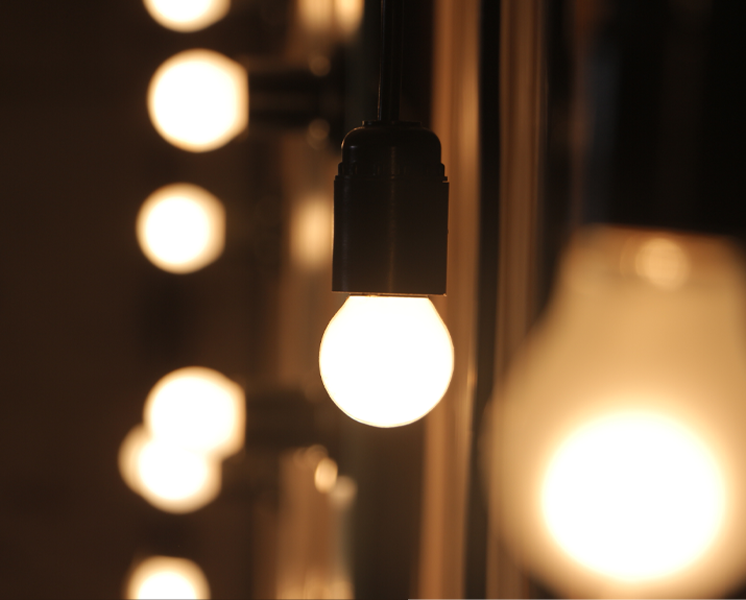 What is no neutral smart switch and when to use it? 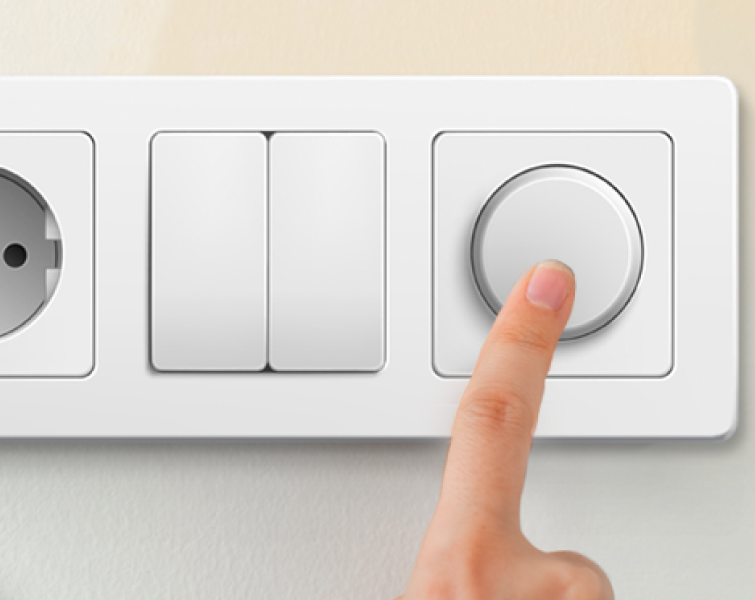 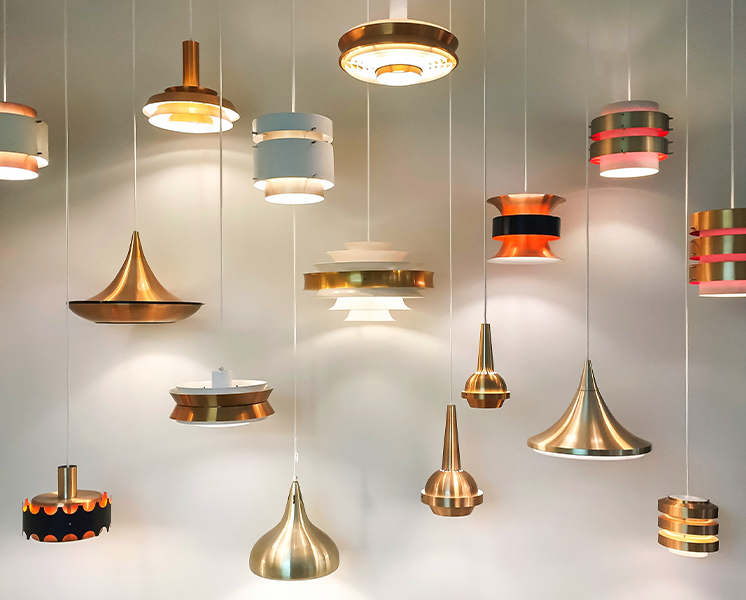 5 Things to Know Before You Buy Your First Smart Lights

Thinking yo go and buy some smart lights soon? This article will share with you 5 tips for buying your first smart lights.