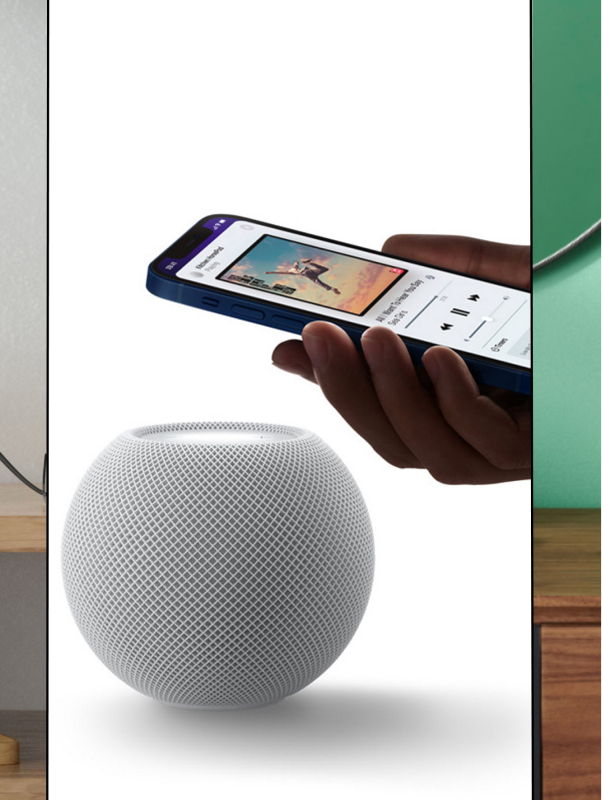 HomeKit vs. Google Home vs. Alexa: What's The Difference

Internet of things (IoT) devices that use Bluetooth, Zigbee, or Z-Wave instead of Wi-Fi can benefit from smart home hubs that connect locally or to the cloud. HomeKit vs Google Home vs Alexa: What's The Difference?

Hardware or software that links devices on a home automation network and manages communications between them is a smart home hub.

A smart home hub, also known as a smart home bridge, gathers and interprets multiple protocol signals from smart home devices. The smart home hub serves as a translator between the two devices. For instance, if a smartphone that does not utilize Zigbee wishes to "speak" with a smart lock that only uses Zigbee and not the Wi-Fi or Bluetooth native to the smartphone.

A smart home hub serves as the nerve center of a network of smart homes by connecting numerous systems and devices in a single location. Users benefit from a more user-friendly network and a single smart home application to control various systems and applications. The smart home hub enables users to program commands such as opening the garage door, turning on the hall light, and tuning the radio to a classical music station when their smartphone is near their home.

There is a fierce race to have the greatest smart home system. Choosing which smart home system is ideal for you can be difficult when the three major players—Apple, Amazon, and Google—have strong challengers.

For those looking for a smart home hub to operate their houses, Amazon Alexa, Google Home, and Apple HomeKit are all excellent choices. But what is the wisest choice when looking for a trustworthy smart home system? Let's look at it.

One of the most sought-after home ecosystems is Google Home. Despite its early years, Google Home is quickly overtaking Amazon Alexa as the primary smart home system and, in some cases, has already done so.

Google's battle to be the top smart home system is centered on its low-cost smart speakers. Google makes it possible to adopt the Google Home ecosystem with smart speakers like the Nest Mini and Home Mini.

Budget options may not have the best bass and sound quality, but they are still wise choices. An extensive selection of smart devices bearing the Google brand supports the Home environment. The company's welcoming approach to collaboration opens up new opportunities for your smart home.

Google Assistant is the voice assistant at the heart of any Google home ecosystem. Its precision and effectiveness are a testament to Google's long-term advancements in artificial intelligence.

Language, dialect, and accent issues might be problematic while utilizing a voice assistant. In all three categories, Google Assistant surpasses Alexa and Siri. More than 40 languages are supported, along with several dialects for several of those languages.

It can handle commands given with accents rather well as well. The voice assistant on Google Home will be more tolerant if you are not a native speaker of one of the supported languages. Google Assistant can be trained to recognize and register up to six different voices, which is often enough for a small family, as opposed to Alexa's ability to support up to ten voice prints. The HomeKit environment from Apple leans away from what the Alexa and Google Home ecosystems offer. Security and dependability are more important than countertop dominance and extensive coverage. The HomeKit ecosystem is consequently fairly constrained, evoking Apple's customary closed-door approach to innovation.

The Apple HomeKit framework is primarily dependent on devices from third parties. Apple doesn't produce a large number of speakers and first-party smart home devices to promote its ecosystem, in contrast to Google and Amazon.

In 2021, Apple discontinued the first HomePod speaker. The HomePod Mini is the sole model of the line of HomePods. Apple doesn't offer a smart display comparable to Google's Nest Hub and Amazon's Echo Show. This poses a severe constraint. Siri exhibits Apple's trademark attention to detail, but the voice assistant struggles with a lack of originality.

Because of Apple's closed-garden approach to partnerships, Siri is deprived of the advantages of cross-brand alliances that Google Home and Alexa enjoy.

The HomeKit driven by Siri offers a better music and entertainment experience because it is better suited for playing podcasts and Apple Music. Through Apple devices like an iPhone, it is possible to stream music and podcasts from many other audio streaming services like Pandora, Deezer, Spotify, and Amazon Music.

The most well-known and extensively used smart home technology is, without a doubt, Amazon Alexa. It has maintained this position for many years, and with good reason. Its huge selection of reasonably priced smart speakers is one of its key selling points as a smart home system.

Smart speakers serve as a center for smart homes. They act as the brain of your automated smart home, allowing your gadgets from various manufacturers to connect and communicate with one another.

A smart speaker with as much functionality as Amazon's Echo speakers will be difficult to find. With the interactive display in the Echo Show product range, utilizing Alexa for routine tasks is a joy.

Voice assistants are key components that make a smart home system fun to use. The technology is the ecosystem's brains for smart homes. The voice assistant's capability to control your house will determine how smart it can become. Alexa is, fortunately, very intelligent. Alexa displays impressive stats in terms of the total number of talents. Alexa has more than 100,000 unique skills, according to Statista. Skills are innovations made by outside parties that increase Alexa's capability and up to 10 different voices can be taught to be recognized by it. This ensures that every person using an Alexa device will have a customized smart home experience.

Despite Alexa's ability to detect numerous languages, its language support is lacking compared to Siri and Google Assistant. The good news is that users may alter Alexa's default wake word, unlike its competitors. You can choose your favorite wake word from Ziggy, Amazon, Echo, or Computer.

iOS Vs. Android: Which Is The Best For Smart Home Connectivity

Many users are torn between the platforms because of the operations they use on their smartphones and other devices. Since it is a subjective topic and we cannot reach a conclusion solely based on speculation, let us highlight the merits of the two platforms and let the readers choose for themselves.

The most frequent way that home automation is controlled is with a voice assistant that you may instruct. When utilizing a voice assistant to automate your house, you want the most accurate one, and in most circumstances, Android is the best option.

Compared to Siri, Google Assistant has advanced far more quickly and is compatible with a significantly larger number of apps and devices. It is available on Android operating systems.

Google Assistant performs better than competing voice control assistants for smart homes since it is fully connected with Google's search engine and can respond to any query.

The various home automation gadgets you have in your house should be considered when buying a new phone. If you have Apple Home smart technology, you might have to stick with Apple because of the whole "ecosystem" thing.

Android cannot be used with HomeKit, HomePod, or other Apple smart home products. Though they are ultimately more adaptable, Apple devices running iOS can control both Apple and Google devices. Automation Is Limited On iOS

Only Android users can use Tasker, a robust programming tool that lets you entirely automate your devices.

You can use this program to schedule precise times and locations for your phone or another smart device to automatically carry out a specified action, such as making a call to a friend or changing the wallpaper.

Other than that, the selections of smart home apps available in iOS and Android app stores are comparable.

Android's widget technology is faster and simpler to use, while iOS and Android offer widget settings to quickly access all of the programs and services you use the most.

To customize your widgets on iOS, you must first access the settings menu; on Android, you only need to slide the desired app over to the widget menu.

Even though this distinction is negligible, it greatly simplifies home automation because you'll want quick access to your home automation apps as soon as you unlock your phone, tablet, or computer.

Apart from the three most common providers of the smart home ecosystem, there is a new kid around the block. Evvr aims to take the market by storm with hassle-free and affordable products and services. With a complete 360-degree solution for software and hardware, you can have smart devices and appliances around the place for a better and more secure home.

Our iterations include Evvr HomeKit Light Switch to control a plethora of intelligent lighting and other quality-of-life products. So, feel free to get in touch with us and know all about it! 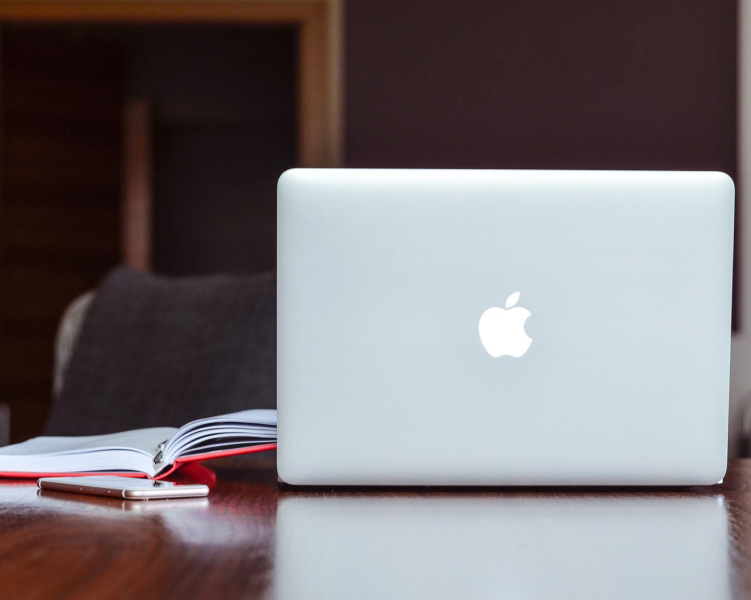 The Best HomeKit Light Switch to Personalize Any Space

Do you want to set a scene with your lighting or home security but don’t know where to start? Evvr offers the best HomeKit light switch for every space. 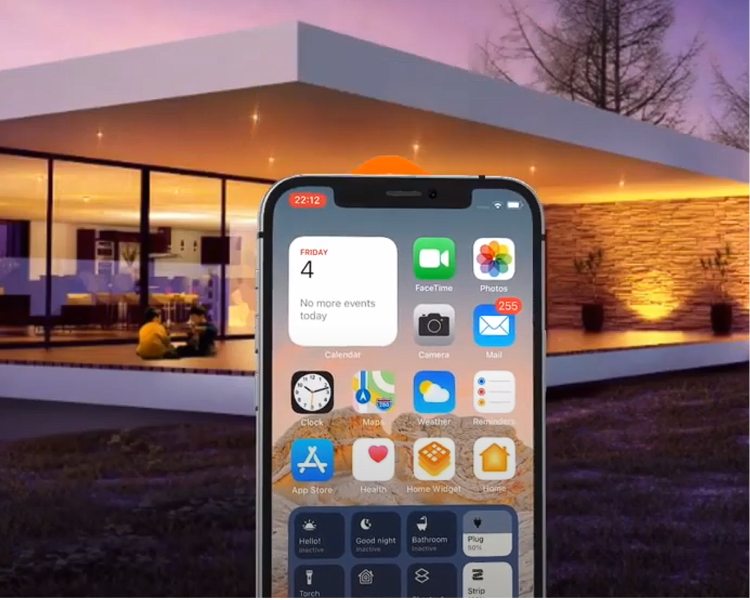 Best Smart Plugs for HomeKit in 2022

Figuring out which is the best HomeKit smart plug you can buy can quickly and inexpensively give life to your dream of smart home living. 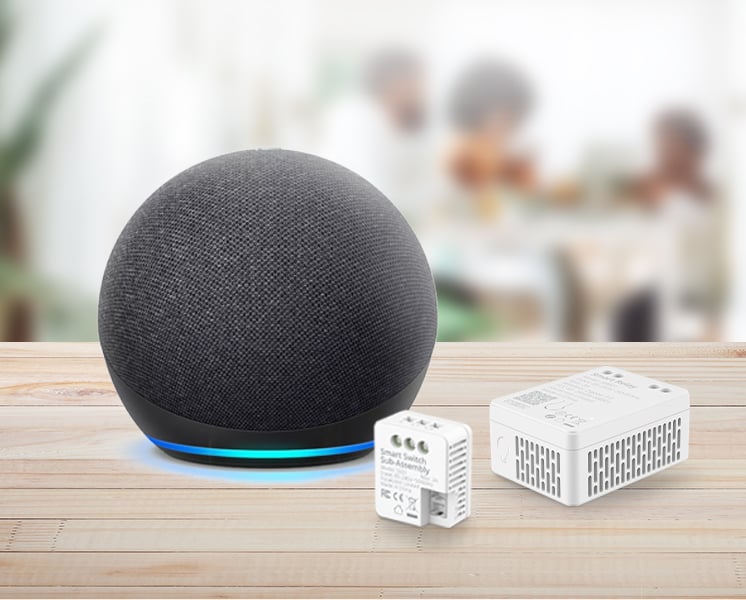 Convert to a smart light switch with Alexa

Smart light switches allow you to control nearly every aspect of how a room is lit. And you can turn the lights on and off simply by saying a few words if you own an Amazon Alexa light switch!