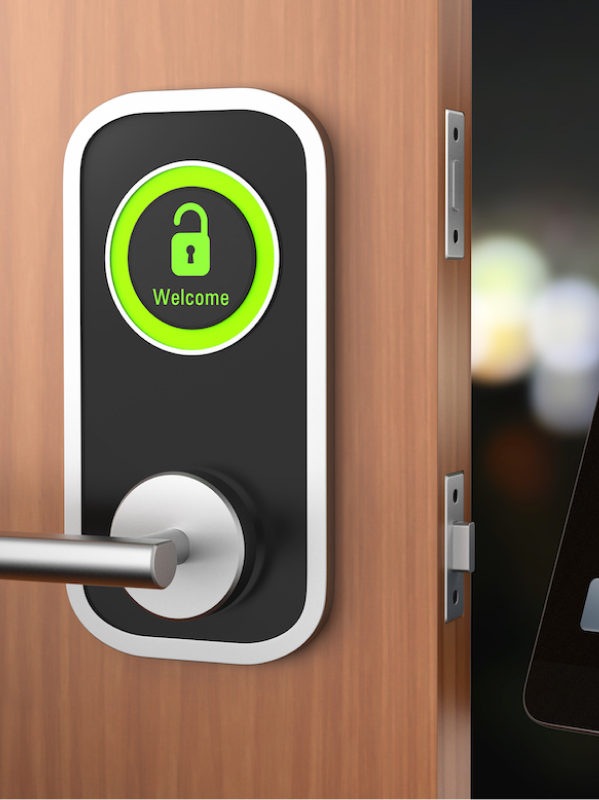 Wi-Fi smart locks are transforming how we see home security. Follow through our information-rich guide to learn more about the Best WiFi Smart locks!

Door locks are one of the biggest apparatus for home security. After all, without a proper lock, your home would be prone to burglaries and almost anyone with an ill intent can break in. However, with smart locks, it's a completely scenario with outstanding security that protects your house. .

WiFi smart locks offer quality protection when it comes to ultimate door safety. This not only allows you to operate your locks at all times but also monitor and control them from different locations when you suspect any dangerous activities.

These WiFi smart locks make it much easier to manage access to your home without the trouble of forgetting your keys or even when your hands are filled with groceries. This smart device is a complete game changer if you want to design a smart home.

What is a Wi-Fi bridge for smart lock

Smart locks are in themselves one step forward to a smart home. It opens and closes on your permission and also can lock or unlock automatically by itself. It's operable through apps or devices that you connect with.

However, if you were told there's a way that bridges this technology to an adaptive device much easier, pretty sure you would opt for that way. This is where the WiFi bridge comes in. Like the name, a WiFi bridge creates a direct connection between your internet network and smart lock through your local WiFi zone or Bluetooth. You can operate it by plugging it into a 2m distance power socket from your main door. Not to mention, it's always connected to your device. As a result, you can operate the smart lock using your WiFi networks and install updates whenever you want. Even if it's connected throughout the entire day, it won't eat up any power consumption as it only takes up to 1,5 watts of energy, which is quite convenient.

I'm home automation systems, this tool is a must as it not only ensures safety but also lets you control it all you want.

There are a lot of WiFi smart locks in the market and it can overwhelm you with what to choose. Hence we've done the research for you and picked up the best in the market right now.

If versatility and hardcore protection is your ultimate goal then the ultralow U-Bolt Pro WiFi is the one you're looking for. This model has built-in WiFi technology and is deemed one of the best for its versatile and super flexible added advantages.

It has a very low-profile design, which means it doesn't require a Bluetooth bridge. This means you won't have to purchase a WiFi connection additionally and operate this device all on its own. Along with its versatility, it can be unlocked in 6 ways, which include a numerical code, physical keyword, in-app code, and even fingerprint.

This technology alone makes it quite hard to crack–enabling its hardcore security measures. Upon investigation, its feel-good features are also noticed. That means the glass touchscreen has multiple pecking numbers and keypad models.

The most fascinating part is no matter what technique you use to unlock the WiFi smart door, this one always is quite quick to respond. So, if you operate it through your designated device, it won't take longer than 5 seconds, which is quite great If you hate to wait.

Not to mention it's easy to understand and install and is the best option if you're looking for added security. With its quite comparative mechanism, this device proves to be both secure and makes a robust smart home. If you're looking for an all-in-one hero then The Schlage Encode Plus Smart lock is the one for you. This smart lock uses the deadbolt style adapter, which is a better type of WiFi lock right now. That's because the deadbolt replacement adapter simply replaces the motorized thumb turn and connects to the existing deadbolt.

This makes it easier to install, operate and command. The Schlage Encode Plus also comes with constant updates in its apps which helps you enjoy all the fixated problems as quickly as possible. This model gives you the freedom to also unlock the door via your Apple phone or apple watch. Moreover, it has an easy installation technique that allows anyone to install it at any time. It also comes with a tactile keypad, which makes the lock way less fuzzy. Hence, it's also great for all the rental apartment protections.

The feature that stands out the most is its sturdy protection system. This means it has a commercial-graded protection system that is not only hard to unlock by an unknown person but also comes with an alarm. As a result, if there's any suspicious activity with the lock, you will instantly get alarmed as the lock itself has an inbuilt alarm system.

August WiFi smart lock is one of those gems that has been prevalent since the earliest of its creations. That's because this gem has a Door-sense opener-closer sensor, which helps you upgrade your other locks and deadbolts instantly.

What's more fascinating is it comes with a built-in WiFi version locker, which prevents you from buying any additional August connect bridge as it's usually needed. This feature is not only helpful for your pocket but also gives you a two-in-one added benefit.

Moreover, it has the obvious remote control access and synchronization system that allows you to freely connect to audio commands like Alexa, Siri, or Google assistant all through the access of your smartphone. Since August supports all of these companies, you can be mindless about whether you're using Android or Apple. Not to mention, these locks are 45% smaller than the regular sizes, which not only looks good to the eye but also becomes portable. Auto-unlocking and locking are easier than ever for their unlimited user access permits, which is a wanted feature for most.

If you're opting for a smart home automation schematic house, there's no better option than the Evvr Center Lite as it perfectly suits this WiFi lock and operates the WiFi technology automatically to its hub. As the August WiFi smart lock is extremely easy to install too, it can be used by almost anyone.

The locky Flex touch is going to be your best friend if you have problems forgetting your passcode easily. That's because it is fully fingerprint-operated and can even store up to 99 other fingerprints.

It also has the flexibility of being opened traditionally, which means you can also use your keys and unlock the door via a badge on the app.

It has a robust module and is quite hard to crack. Not to mention, this WiFi lock doesn't even require external internet access to a bunch of network connections. As a result, it can automatically connect itself with a hub like Evvr center lite and help you enjoy a smart home

With easy installation access and a standard-looking lock, this smart lock can help you get a smart home within a budget that too who gets the job done. 1. How secure are WiFi smart locks?

2. What is the difference between a smart lock and an electronic lock?

An electronic lock is a type of lock that operates through an electric current. Even though these locks are independent, these locks have directly installed systems in their electric control components. Whereas a smart lock doesn't use a lot of energy and is either Bluetooth-operated or Wi-Fi-operated.

3. What happens to smart locks when the power goes out?

Smart locks are operative even without electricity as it is battery operated. So even if your electricity or power runs out, your smart lock won't stop working. However, if there is no internet, the remote access will stop and won't let you control any as it is to be done through an app.

WiFi smart locks can be a great approach if you're concerned about your security and also want a system that can operate from far away. This gadget not only helps you enjoy access and lessons the physical trouble but also sturdily inputs in your smart home.

With a smart automation home system like Evvr center lite, the use of a WiFi smart lock will become ten times easier and it has an entire hub that automatically operates itself with the lock. Hence, we recommend the Evvr center lite as it works perfectly with different WiFi home systems. To get home solutions you can contact us anytime you want. 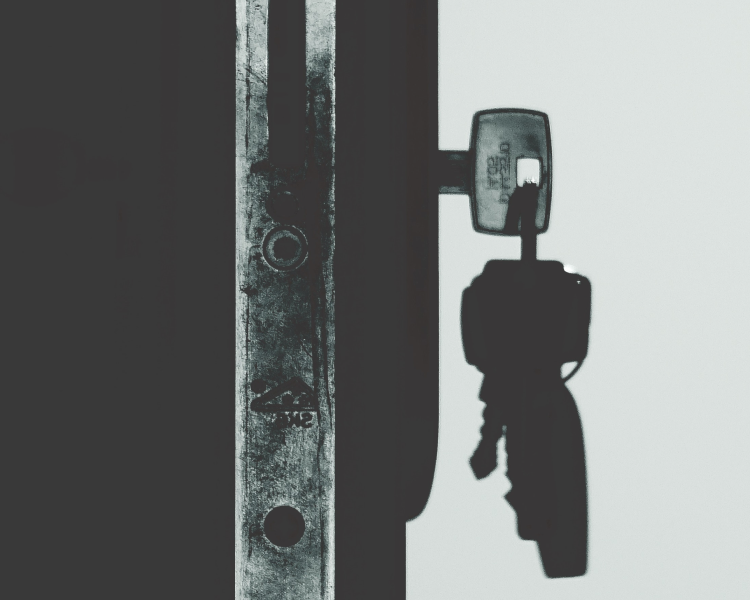 If you are in the market right now to choose the best z-wave smart lock for your place, this guide will help you "pick" the perfect lock for your needs. Read the full article here! 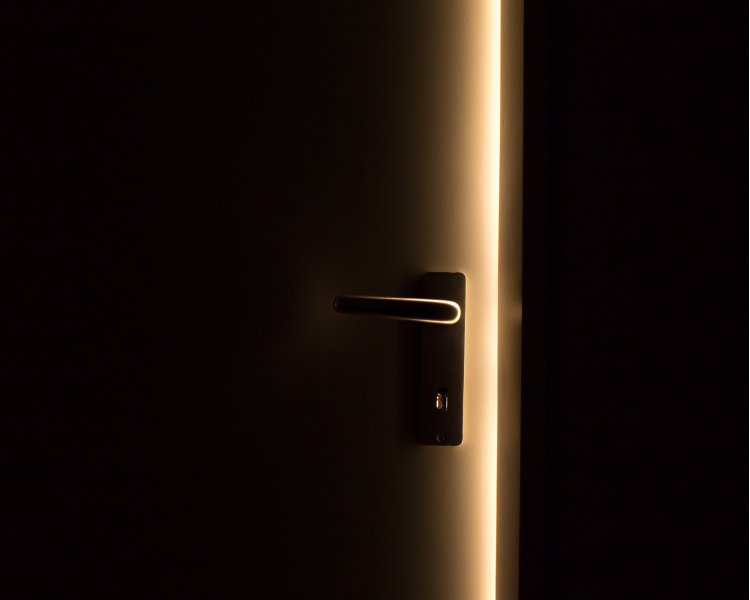 The Apple HomeKit door lock can make your home more convenient and safer when properly installed and used. You can lock and unlock your home locally or remotely with a few taps on your mobile device or with Siri voice commands, the article introduce the best homekit smart lock for you 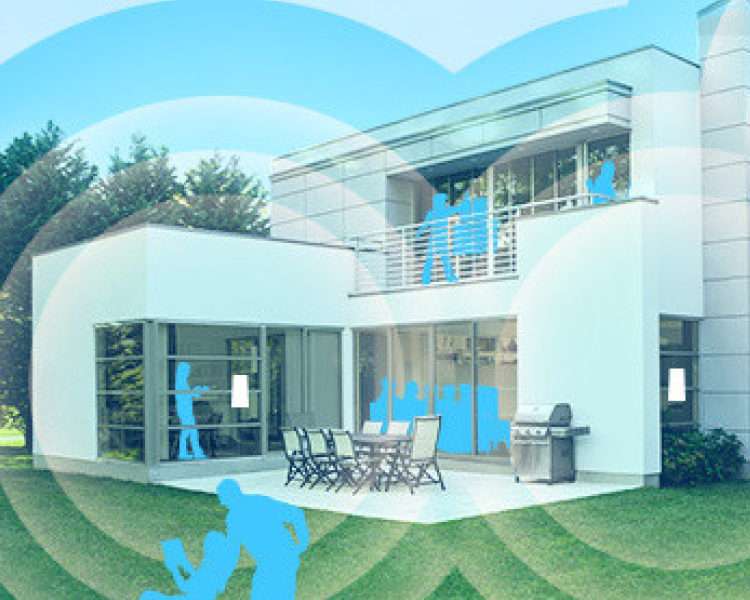 What is a WiFi Mesh Extender? Best Mesh WiFi Extender